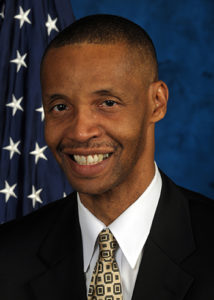 Will A. Gunn served as the General Counsel for the U.S. Department of Veterans Affairs during the Obama Administration. Mr. Gunn is a retired Air Force colonel, having served as a military lawyer in the Air Force Judge Advocate General Corps. In 2003, Mr. Gunn was named the first-ever Chief Defense Counsel in the Department of Defense Office of Military Commissions. He built a team and supervised all defense activities for detainees selected for trial before military commissions—the first proceedings of their kind to be conducted by the United States in over 60 years. Mr. Gunn won acclaim for his principled leadership and commitment to ensuring that detainees received effective representation.  In doing so, he set the tone so that the military lawyers under his leadership were able to vigorously defend their clients. These efforts positively influenced perceptions about military lawyers and raised international attention on the Guantanamo prison camp. A native of Fort Lauderdale, Mr. Gunn graduated from the U.S. Air Force Academy with military honors in 1980 and he is a 1986 cum laude graduate of Harvard Law School. While at Harvard, he was elected President of the Harvard Legal Aid Bureau, the nation’s oldest student run legal services organization. In 1990, Gunn was selected as a White House Fellow and served in the White House Office of Cabinet Affairs. Mr. Gunn currently chairs the American Bar Association (ABA) National Law Day Commemoration for 2021; the theme of which is “Advancing the Rule of Law, Now”. Gunn has also chaired the ABA Commission on Racial and Ethnic Diversity in the Legal Profession. He also serves on the boards of the National Veterans Legal Services Program (NVLSP) and the Air Force Academy Association of Graduates. He has held leadership positions in a host of other bar association, professional and community organizations and has received numerous awards and honors including the Harvard Legal Aid Bureau’s Outstanding Alumni Award and an honorary doctorate from Nova Southeastern School of Law. In 2002, he was elected to the National Bar Association’s Military Law Section Hall of Fame. He is a licensed minister and he and his wife, Dawn, live in Northern Virginia. 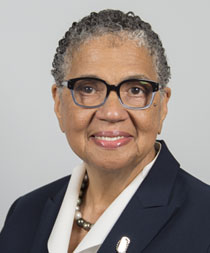 Delphine Metcalf-Foster, a disabled U.S. Army veteran, was elected National Commander for the more than 1 million-member DAV at the organization’s 2017 National Convention.  She was the first female to hold the position in the national DAV’s 98-year history. The Vallejo, California native’s military career included service with the U.S. Army Reserve, 689th Quartermaster Unit, 6253rd Hospital Unit and 6211th Transportation Unit, Letterman Army Medical Center. Ms. Metcalf-Foster was injured in January 1991 while serving in Saudi Arabia in support of Desert Storm/Desert Shield. At the time she was supporting the Grave Registration Company mission. She was medically evacuated to Germany for care and treatment. Ms. Metcalf-Foster is a life member of DAV Chapter 21, Vallejo, California. She currently serves on the First Data Military Advisory Council and is a member of the DAV Department of California Claims and Service Committee, and has served as Chairman for the DAV Department of California Resolution Committee. Ms. Metcalf-Foster also completed a four-year appointment as a member of the Secretary of Veterans Affairs Advisory Committee on Women Veterans in November 2015. A retired Quality Assurance work leader from the Alameda Naval Air Station in Alameda, California, Ms. Metcalf-Foster’s leadership has been sought at the local, state, and national levels. She served as chairman of the Hospital/Volunteer Intern Committee, National 16th District Executive Committee, and has served as director and treasurer for DAV at the national level. A graduate of Solano Community College and Sonoma State University, Ms. Metcalf-Foster majored in psychology and liberal studies. 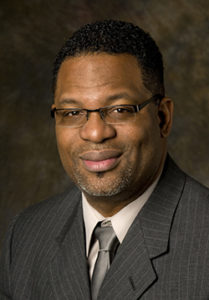 Christopher Sebastian Parker is Professor in the Department of Political Science at the University of Washington. The bulk of his research takes a behavioral approach to historical events. More specifically, he brings survey data to bear on questions of historical import.

His first book, Fighting for Democracy: Black Veterans and the Struggle Against White Supremacy in the Postwar South (Princeton University Press, 2009), winner of the American Political Science Association’s Ralph J. Bunche Award, takes a fresh approach to the civil rights movement by gauging the extent to which black veterans contributed to social change. A second book, Change They Can’t Believe In: The Tea Party and Reactionary Politics in America (Princeton University Press, 2013), explores the beliefs, attitudes, and behavior of the Tea Party. This book won the American Political Science Association’s award for the best book in Race, Ethnicity, and Politics.

Professor Parker is a Navy veteran. 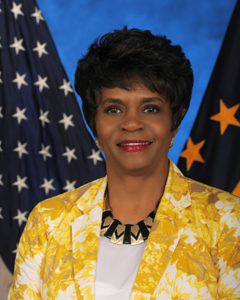 Barbara Ward’s professional career spans over 40 years working in the health care and health insurance industry, state and federal government and the military. As Director of the Center for Minority Veterans at the Department of Veterans Affairs, she was responsible for supporting the VA mission and collaborating with numerous strategic internal and external partners, including Congressional representatives, in addressing the vast needs of the veteran population during a major cultural transformation process. She developed successful programs that specifically targeted outreach to over 5 million minority veterans nationwide to increase utilization of VA benefits.

Prior to this position, Ms. Ward served as the Deputy Secretary for Women and Minority Veterans for the State of California. She worked with numerous veteran service organizations and stakeholders to service the needs of women veterans and planned an annual women veterans’ conference.

She is a United States Air Force and Vietnam-Era Veteran, serving as a commissioned officer in the Air Force Nurse Corps from 1972-1974.

About the DAV Distinguished Speaker Series

The DAV Speaker Series is made possible by the generous support of the DAV Charitable Service Trust and is co-sponsored by the Veterans Legal Clinic at the WilmerHale Legal Services Center of Harvard Law School, and the Law School’s Armed Forces Association.